Toni Onley (November 20, 1928 – February 29, 2004) was a Manx painter noted for his landscapes and abstract works. Born in Douglas on the Isle of Man, he moved to Canada in 1948, and lived on the West Coast.
Among his works are many watercolours depicting the northern Canadian landscape. Onley painted natural subjects according to his view to create beautiful landscapes in the Canadian tradition. Icebergs, trees, water and coasts are the prominent features in these artworks. He also painted abstractly, particularly during the 1960s, when he produced his Polar series.
Although a prolific artist he was careful craftsman whether working with paintings, serigraphs, etchings and drawings. His prints and drawings have received high praise and his paintings, articulate, simple, and subtle in colouring have been discussed by most of the leading critics and historians of the day.

Toni Onley died at the age of 76 in a plane crash on the Fraser River near Maple Ridge, British Columbia, as he was practicing takeoffs and landings in a Lake Buccaneer amphibious plane. 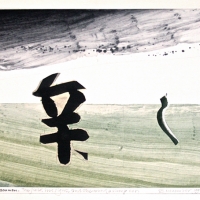 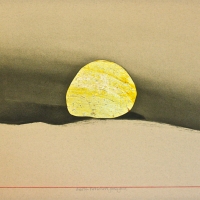 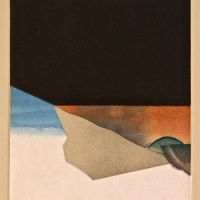