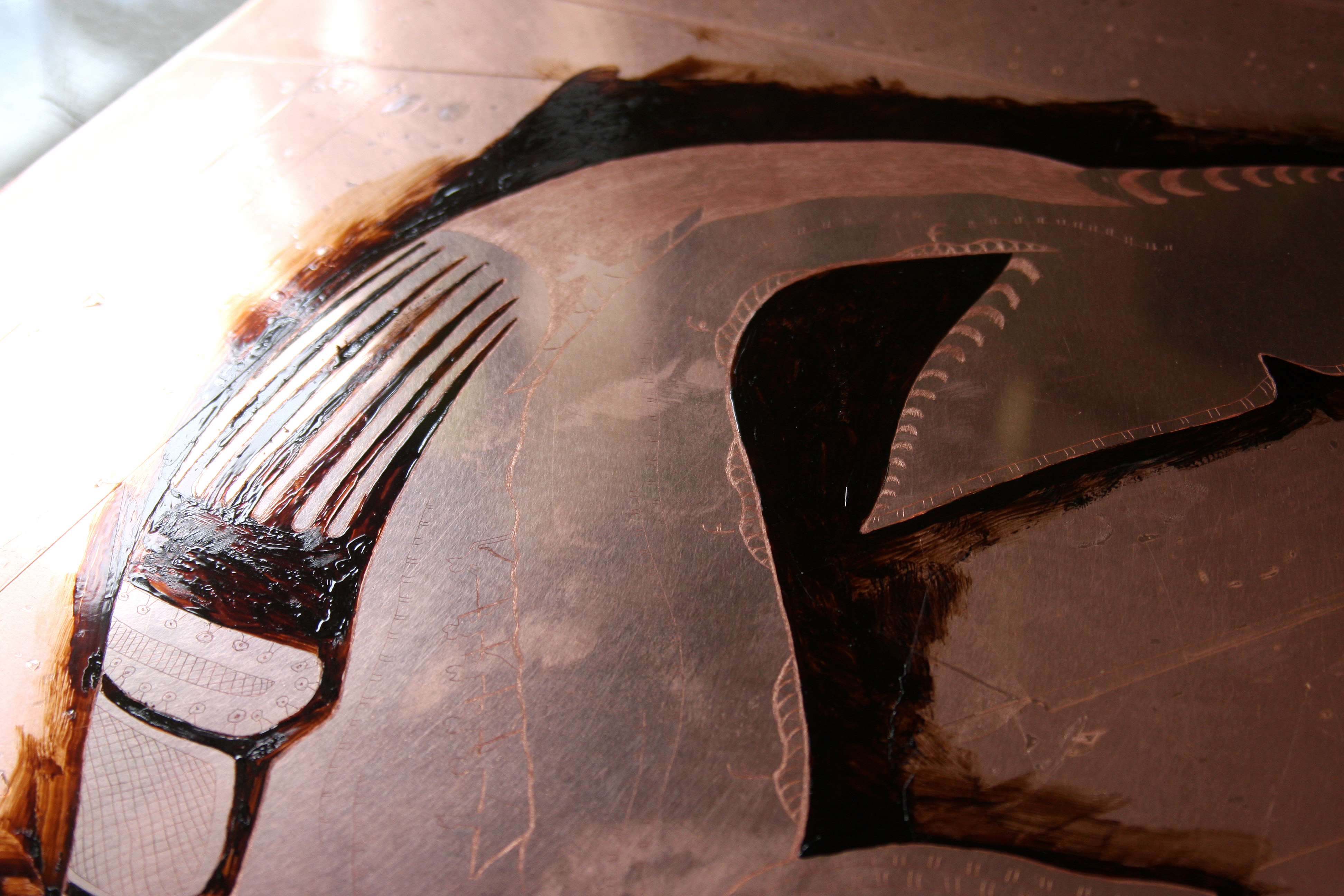 Tim Pitsiulak is an Inuit artist from Cape Dorset, Nunavut. He is working with Peter Braune to learn Master Printing skills to utilize at the Cape Dorset printing studio.

His first piece with New Leaf is a bowhead whale, created using processes of hard-ground line etching, burnishing, rosin aqua-tinting and rough spray aqua-tinting. The five faces represent the pre-Dorset peoples, the Thule. The two boats shown are the umiak and kayak used by the Inuit people for hunting and water travel. The ivory comb represents those produced by the Thule people, hand-carved from walrus tusk. The detailed pattern along the whale’s fin and tail mimic the incised images carved into these tusks.

New Leaf will be producing a limited edition which are available for purchase through Dorset Fine Art. 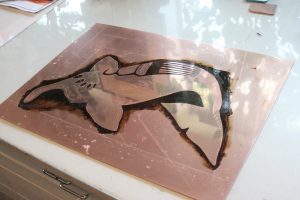 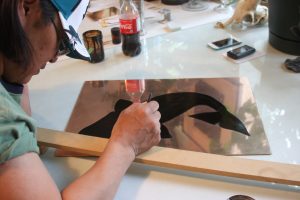 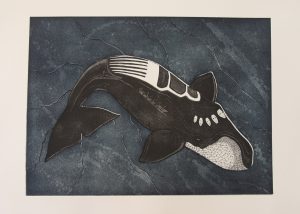