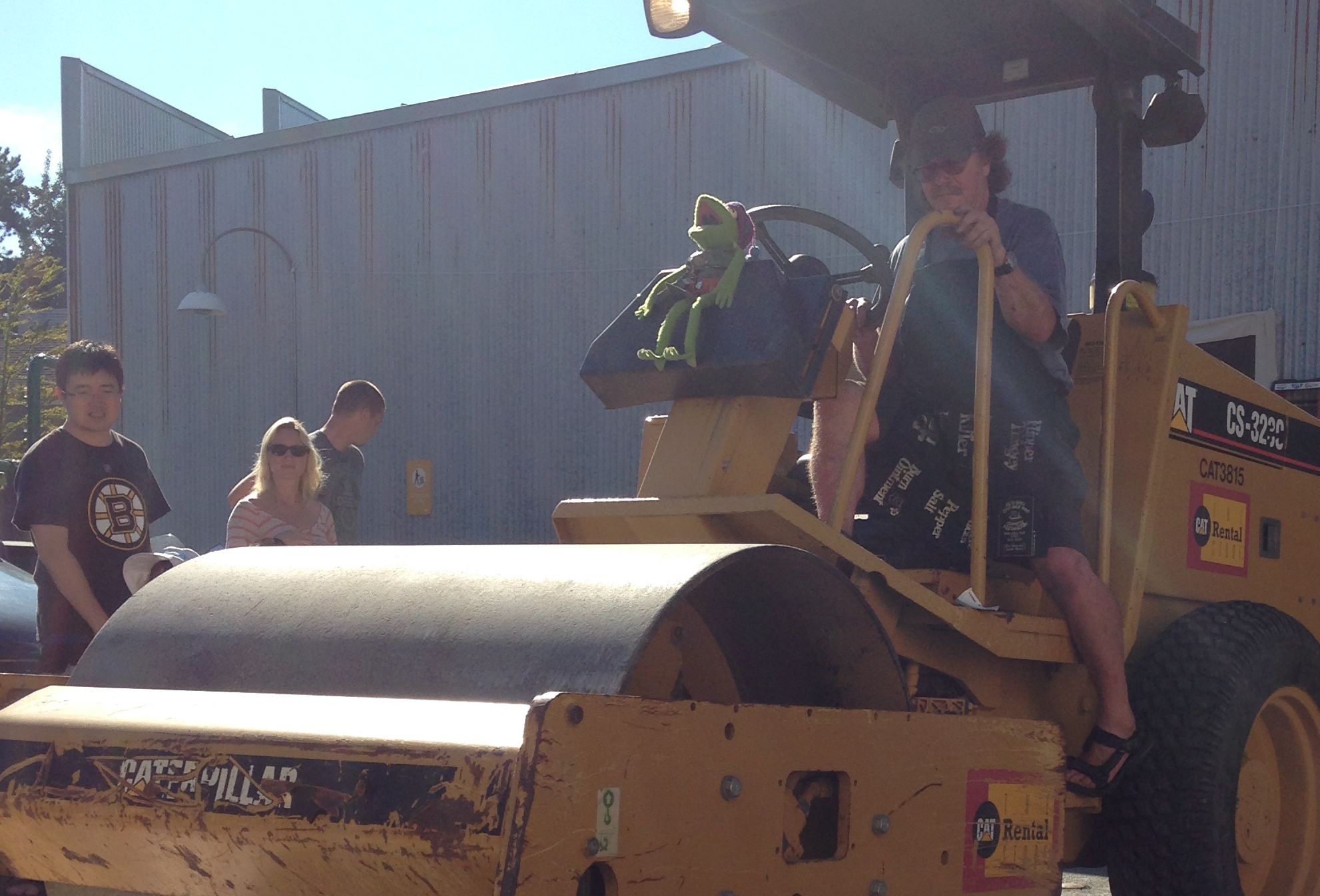 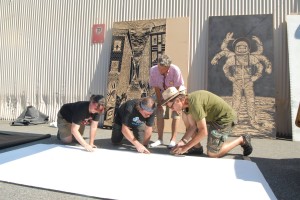 New Leaf Editions took on a mammoth of a project this past August long weekend. Peter and Richard Tetrault hauled a steamroller onto the island for the Big Print Festival. This project has been a twinkle in Peter’s eye for years, and after a summer of planning and raging against the machine (renting a steamroller for the holidays is exactly as difficult as you would expect) the festival was finally realized.

We had about 15 artists cut 4×8 foot woodblocks which were inked and steamrolled just across the street from New Leaf. Blocks were cut, gouged or routed by the artists into unique figurative or abstract images and printed on cloth and paper. Fueled by pizza, beer and their own body odour and working under the amazed eyes of festival spectators and bewildered passers-by, Peter, Richard and an army of artists  and volunteered slaved in the heat all weekend to create four prints from each block. Watching the steamroller give birth to each larger than life print was miraculous and each was met with cheers and whistles.

Stay tuned for next year, when we plan once again to pick on something way bigger than our own size.

Thanks to our artists:

Getting to work: Getting To Know You
BIG Print Project 2014 video